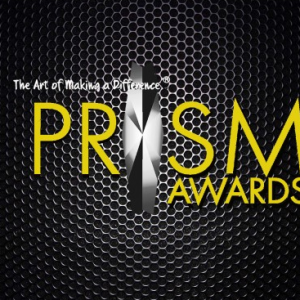 The Surface nominated for a PRISM Award

The Surface has been nominated for a prestigious PRISM Award* in the feature film category! The film continues to make a positive difference in...

The Surface: A Conversation

The Surface to be Closing Night at the Milwaukee Film Festival

MILWAUKEE – Thursday, September 04, 2014 – The 6th Annual Milwaukee Film Festival, presented by the Milwaukee Journal Sentinel, is proud to announce its...

Want more features? We always like hearing from our customers

The Surface is the compelling story of Mitch (Sean Astin) and Kelly (Chris Mulkey), two strangers, both at the end of their rope, who suddenly meet in the middle of the unpredictable waters of Lake Michigan.

As they confront the secrets and sorrows that brought them there, they find inspiration in one another’s struggle to survive.

Beautifully shot on the vastness of Lake Michigan and around the Milwaukee, Wisconsin area, The Surface is about how even on the darkest days there’s light, and tomorrow’s a new day.

Writer/Producer and Milwaukee native Jeff Gendelman persevered for 18 years to bring this soulful drama to the screen. Under the confident direction of Gil Cates, Jr., and the deft cinematography of Jimmy Sammarco, the film examines how someone you don’t know can accidentally become your guardian angel.

The Surface, Available for home viewing on 9/1/15

Note: the film is not yet rated.

Sean Astin is an American film actor best known for his film roles in The Lord of the Rings trilogy, Rudy, Memphis Belle, 50 First Dates, Toy Soldiers, The Goonies.

Chris Mulkey is an American film actor who recently co-starred with Tom Hanks in Captain Phillips and has also starred in many TV shows including CSI, Boardwalk Empire, The Mentalist, Saving Grace and 24.

Mimi Rogers is an American film actress best known for her film roles in Austin Powers, Someone to Watch Over Me, Lost in Space, Dumb and Dumberer, Two and a Half Men as well as many other films and TV shows. Gil Cates, Jr. (Director)
Gil Cates, Jr. has produced and directed many films and documentaries, including the 2013 feature film Jobs, in theaters worldwide by end of summer 2013, which he co-produced, starring Ashton Kutcher, Josh Gad, Dermot Mulroney, and Matthew Modine, and the 2011 feature film Lucky, which he directed, starring Colin Hanks, Ari Graynor, Ann-Margret and Jeffrey Tambor.  In addition, Gil produced and directed the critically acclaimed Life After Tomorrow, featuring Sarah Jessica Parker, which won best documentary at the Phoenix Film Festival and later had its premiere Christmas Eve on Showtime.

Gil’s other films include Deal, starring Burt Reynolds, Bret Harrison, and Charles Durning, The Mesmerist, starring Neil Patrick Harris, and the critically acclaimed independent film Order of Chaos, which was released in the summer of 2010.  Gil’s motion picture directorial debut was the 1997 short filmScreening withan ensemble cast including Morgan Freeman and was shown on Showtime and The Sundance Channel. Gil also made his TV directorial debut with an episode of the NBC comedy, Joey, starring Emmy winner Matt LeBlanc.

As an actor, Jeff co-starred with Christopher Lambert in the feature film, Splitsville. He had a supporting role opposite Robert Forster and Donnie Wahlberg in the feature film, Diamond Men. His TV work includes guest starring roles on NBC’s Law and Order and he was featured on Beverly Hills 90210. Jeff was also a series regular on the television dramas One Life to Live, Guiding Light and Loving (nominated for Outstanding Actor in a daytime TV series).  He studied in film classes at the American Film Institute (Los Angeles), New York University, USC, and at the BBC (London).

Jeff has also been involved with the theater since age 10. After graduating from the University of Minnesota he went to train in the American Conservatory Theater Advanced Actor Program in San Francisco. He has acted and directed at theaters throughout the United States and Japan,  including Old Globe Shakespeare Company (San Diego), Milwaukee Repertory, Mark Taper Forum (Los Angeles), and Riverside Shakespeare Company (New York City).

Jeff is also a graduate of Outward Bound Survival School. Additionally, he has been involved with martial arts for over 40 years and has achieved advanced ranks in 4 different styles.  Jeff is a principal with the renowned J.K. Lee Black Belt Academy in Milwaukee, WI. Jimmy Sammarco (Director of Photography, Co-Producer)
Jimmy Sammarco is a Filmmaker and Cinematographer specializing in Music Videos, Feature Films and Commercial Video Production and Post Production for Fortune 100 Companies.  He attended the University of Wisconsin in Madison on a swimming scholarship where he earned a BA in Communication Arts and went on to become a world ranked long distance swimmer.

Jimmy is the President and CEO of JimmyMakesMovies, Inc. a full service video and film production and post production organization.  Throughout his 15 plus years in the business, Jimmy has gained extensive experience as a Producer, Director, and Editor creating over 100 award winning music videos and commercial projects for organizations such as NBC, CBS, McDonalds, So You Think You Can Dance, Libman, Kimberly-Clark, Abbott Labs, John Deere, Milwaukee Electric Tool, Manpower, InSinkErator, MillerCoors, Snap On, and the FBI.

Jimmy is probably best known for his ability as a Cinematographer and Director of Photography.  His ability to light and visually tell a story through a lens is what sets him apart.  Jimmy was the DP/Cinematographer for the critically acclaimed documentary, Song Sung Blue, which won 8 Best Documentary Awards at film festivals worldwide and was vigorously supported by Roger Ebert, Neil Diamond, and Eddie Vedder of Pearl Jam.  Current projects include the feature film On the Verge which just wrapped post-production and is entering the festival circuit.  Jimmy is also in pre-production on a music video for R&B recording artist Cincere.

In addition, Jimmy has an extensive knowledge of cameras and closely tracks new technology and innovation. This knowledge base, combined with his history of producing, directing, and editing, working with talent, budgets, locations and the numerous logistical and creative choices that go into creating content, make him one of the most well-rounded video and film production professionals around.

Jimmy also has extensive experience Producing and Directing large scale business theater shows including two consecutive shows at Epcot in Orlando for the launch of Milwaukee Electric Tool’s V28 product line, as well as co-directing the Miller Brewing Co. National Distributor shows in Dallas, Las Vegas, and New Orleans.  For the last 5 years, Jimmy has volunteered his services Producing and Directing the production for the Sojourner Truth Family Peace Center Fundraising Gala and Fashion Show at the Harley Davidson Museum, helping to raise more than $400,000.

Be sure to subscribe to our various feeds to make sure you’re the first to know about screenings, information and press about the movie:

Still have questions or comments? Drop us a line using the form below: